skip to main | skip to sidebar

It's those Richmond squirrels ...

I interupt my blacation (that's vacation from blogging) to warn my one or two readers about suicidal terrrorist squirrels. I learned from Meeshka's post today that a whole lot of people had to slurp up warm soupy ice cream in Richmond, Virginia. Apparently, Richmond is home to more than one suicidal terrorist squirrel as evidenced by these pictures. 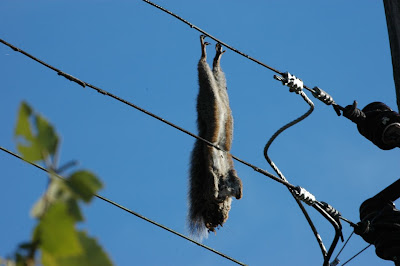 I recently went to Richmond and visited my best buddy Hershey and he told me about this squirrel that hung from the electrical wires near his house for three weeks. I had to show my Daddy these pictures to find out what happened to the bad squirrel. I will spare you the scientific explanation that involves phases and electricity and surges ... and will instead simplify my explaination by saying ... he shouldn't have done what he did on the wires and he got hurt really bad. I do not know if this particular squirrel caused a decrease in cool air coming out of vents or warm ice cream, but he sure did have a bad day. 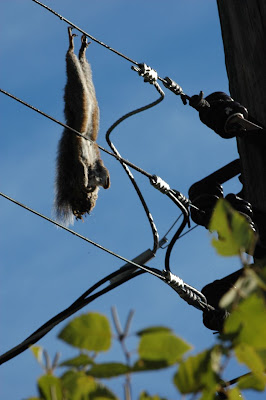 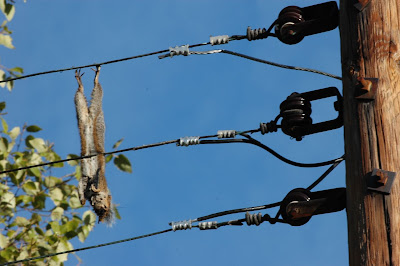 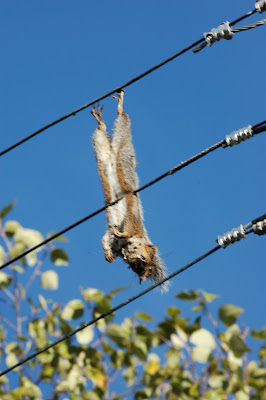 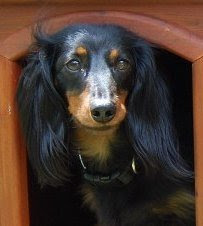 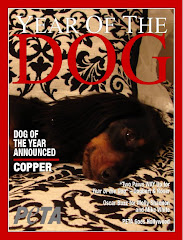